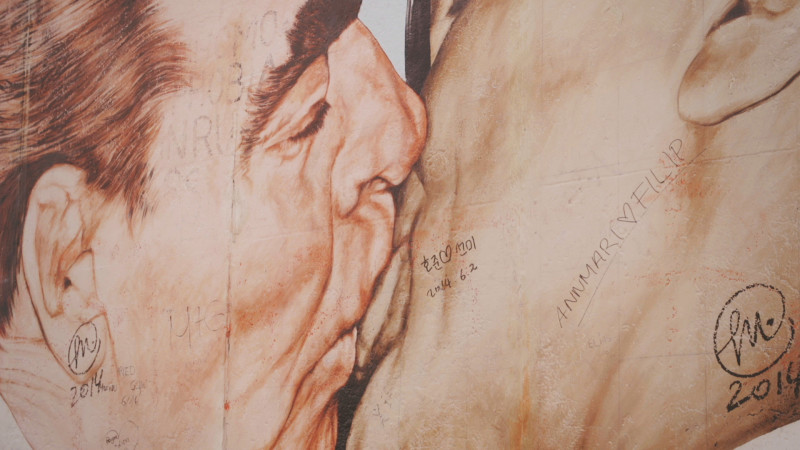 I’ve just wrapped up the edit on a new stylised video piece I shot for Kryolan Make-up over in Germany.

One of the perks of the job can be to work abroad and see a little bit of the world. This project offered exactly that. We few out of London and over to the historic city of Berlin in Germany. This city has always been a favourite of mine. I adore the culture with the amazing street art, history and street food all rolled into one.

This project was aimed at capturing a simply stunning piece of art done with make-up. The concept was to paint a model in front of the Berlin wall. Sounds straight forward right? Wrong! The concept here was to make the model disappear and become part of the wall. This would be achieved by copying the art on the wall behind the model onto the model! Certainly no small feat!

How we filmed the stylised video

Firstly, I knew this make-up would take some time. For me this was a great thing. I had plenty of time to capture shots. In addition, I also had time to work out shots I might not have captured if I didn’t have the time.

I filmed this one on the Sony FS700 and Glidecam gimbal. As a result, I achieved some great moving shots combined wit the slow motion the camera can produce. However, I also combined the camera with a 50mm F1.4. In addition thus gave us some amazing depth to the shots.

Filming with an audience

Needless to say, not after long a crowd started to gather. Of course they wanted to know what was happening. After seeing it, they were absolutely blown away by the art being created. Therefore, many of them even commented on how amazing the concept was.

In conclusion, the make-up artist Paul Merchant created some amazing camouflage make-up inspired by his surroundings. Above all, we managed to capture the art in a way that did it justice. In addition this was a piece that reflected very important history in the city. The video is now live and you can take a look below!