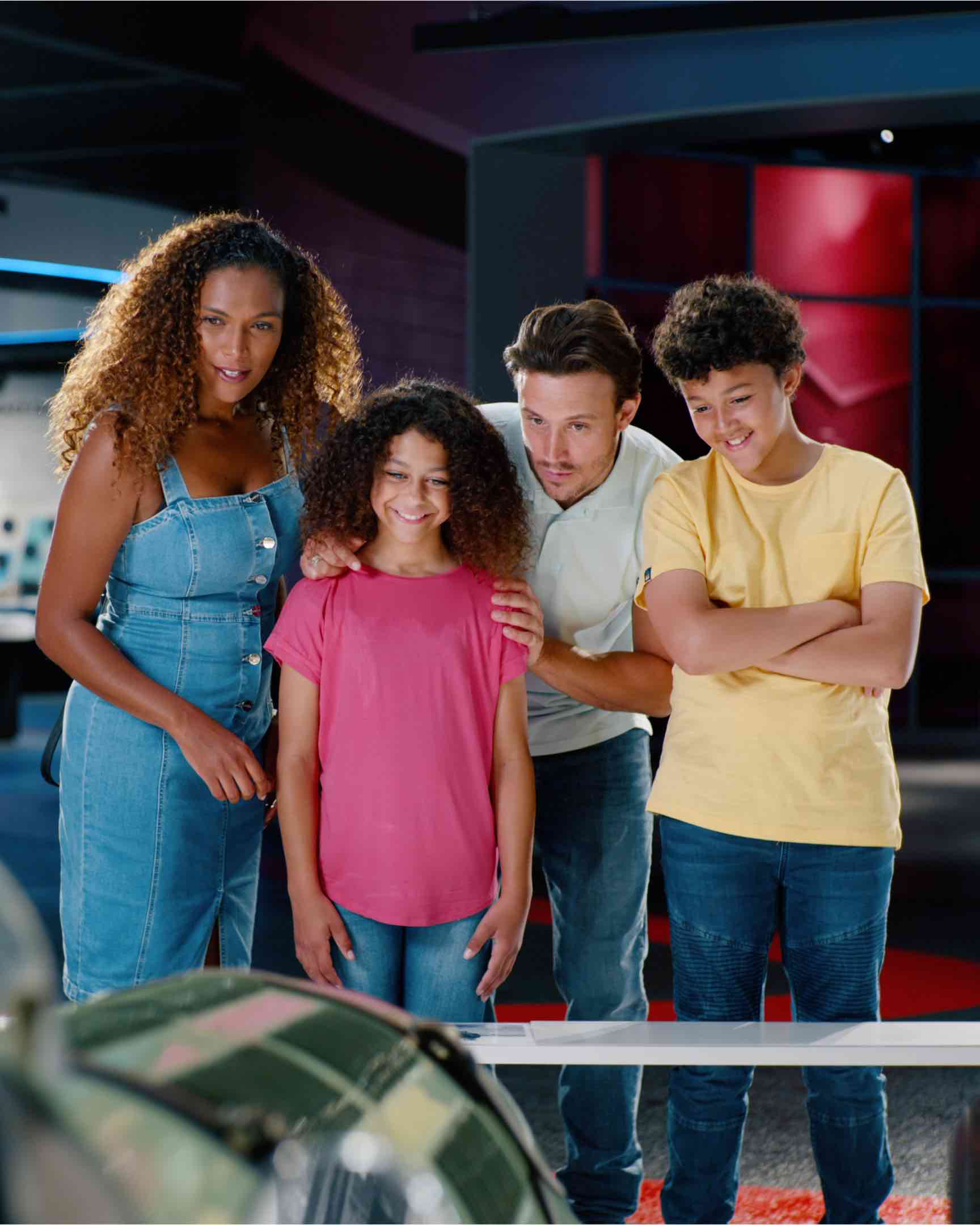 Video shoots have picked up over the past month and we took a trip out of London to film a great video project over at Silverstone race track in the form of a TV advert.

A brief for a TV advert

This was a very special video project promoting the Silverstone Experience. It is an interactive experience telling the story of motorsport at Silverstone. The end deliverable is to be played on TV so we this video had to have a high end look. We had to capture several areas of the experience which were all very different.

Each of the rooms were very different. As a result we opted to film on our Panasonic S1H for its versatility. We filmed in 6k to maximise the quality but we knew the other features the camera offers would be incredibly useful. One of the rooms was a very dark low key lit area. We put the low light capability for our Panasonic S1H to the test.

The other areas were brighter to film in but we had to add a fair amount of light to get the right look. We had our Aputure 300D II to hand which is always a trusty light that can give us plenty to play with. We also used our F&V Z800s lights for keying some soft light. Our smallest light was our trusty Dedo 150w. This was super useful as we were able to clamp it to overhead bars located on the ceiling to get a nice hair light. We also relied on some Astera lighting tubes which run off of batteries and offer an unlimited choice of colours. Between these we were able to create some varied a polished looks.

In summery we created a great looking advert that highlighted the space in an exciting way. The film is in post production now and will be released at some point later this year.