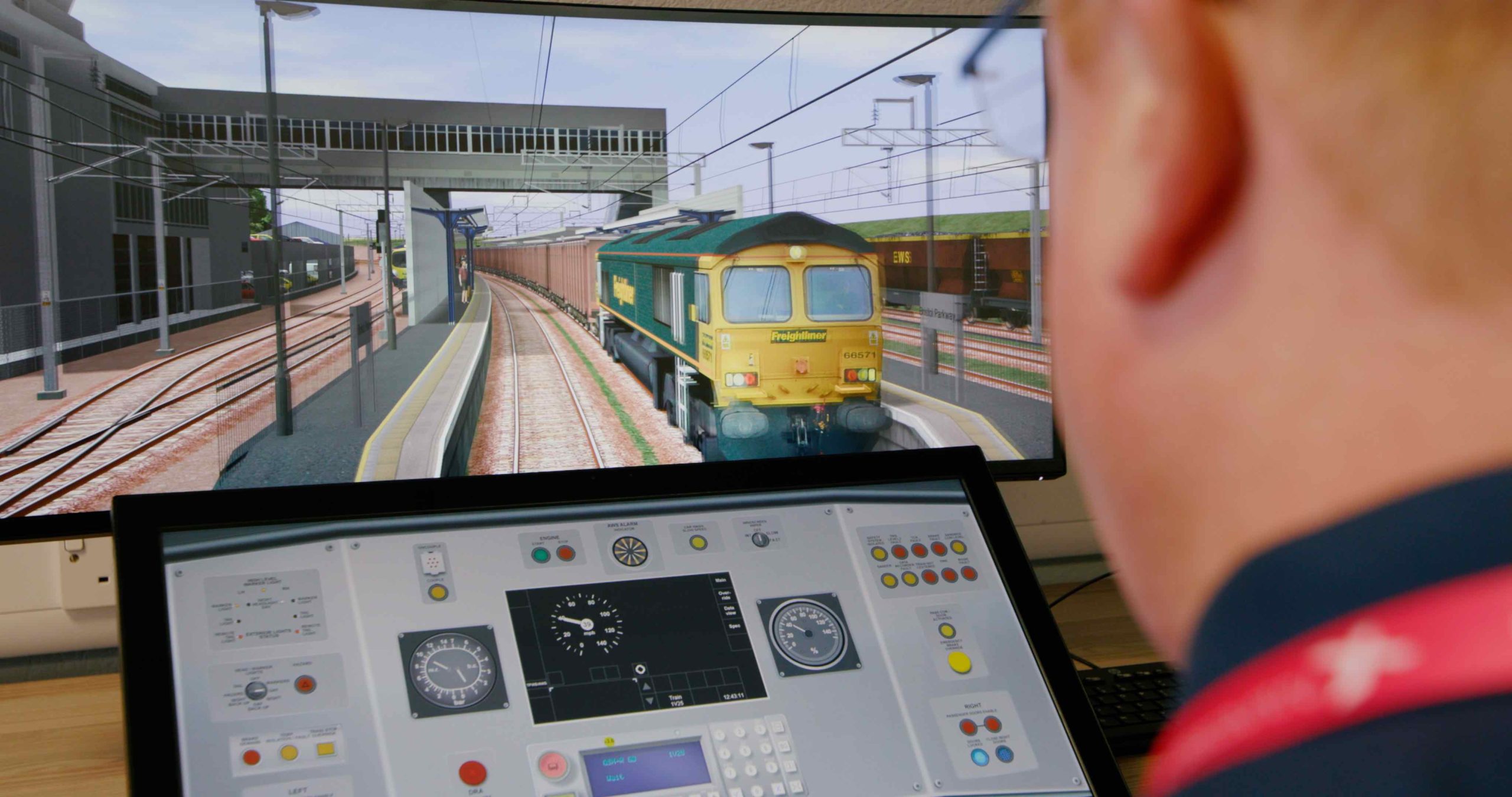 It’s been a busy few months of filming videos in London and up and down the country. Earlier in the month we took a trip out of London and up to the midlands to film a new video project for a train simulation training company Corys.

A couple of years ago we were lucky enough to provide the videography for a project for Corys in London. The brief was to capture their train simulation hardware and software during a training session. This brief was quite similar, however there was no training session going on. As a result we used one of the employees to showcase the equipment.

Versatility is a fantastic quality to have when it comes to being a good videographer. With this mind, we utilised our hybrid video and photo camera. This is the Panasonic S1H . This camera produces stunning 6k video and 6k stills and can be switched between the two at the push of a button. One other fantastic feature of this camera is the ability to use accurate autofocus for photos. It even works with my non-native Canon lenses. This makes life very simple and saved us some money being able to use our current lens selection. As a result we captured some great video footage as well as photos that were perfectly cohesive.

Although some of the rooms were small we managed to use some bright LED lights to achieve a nice bright and clean ambience. Utilising our Aputure 300DII we achieved a nice clean bright look. Due to the ease of use of our hybrid camera, the hardest bit of this shoot was the eight hour round trip to Derby.

Everything is put into every project when we get asked to film a new video. The end result was a set of high quality still images and video material that had a nice high key and bright look. The videos will be live in the coming months.