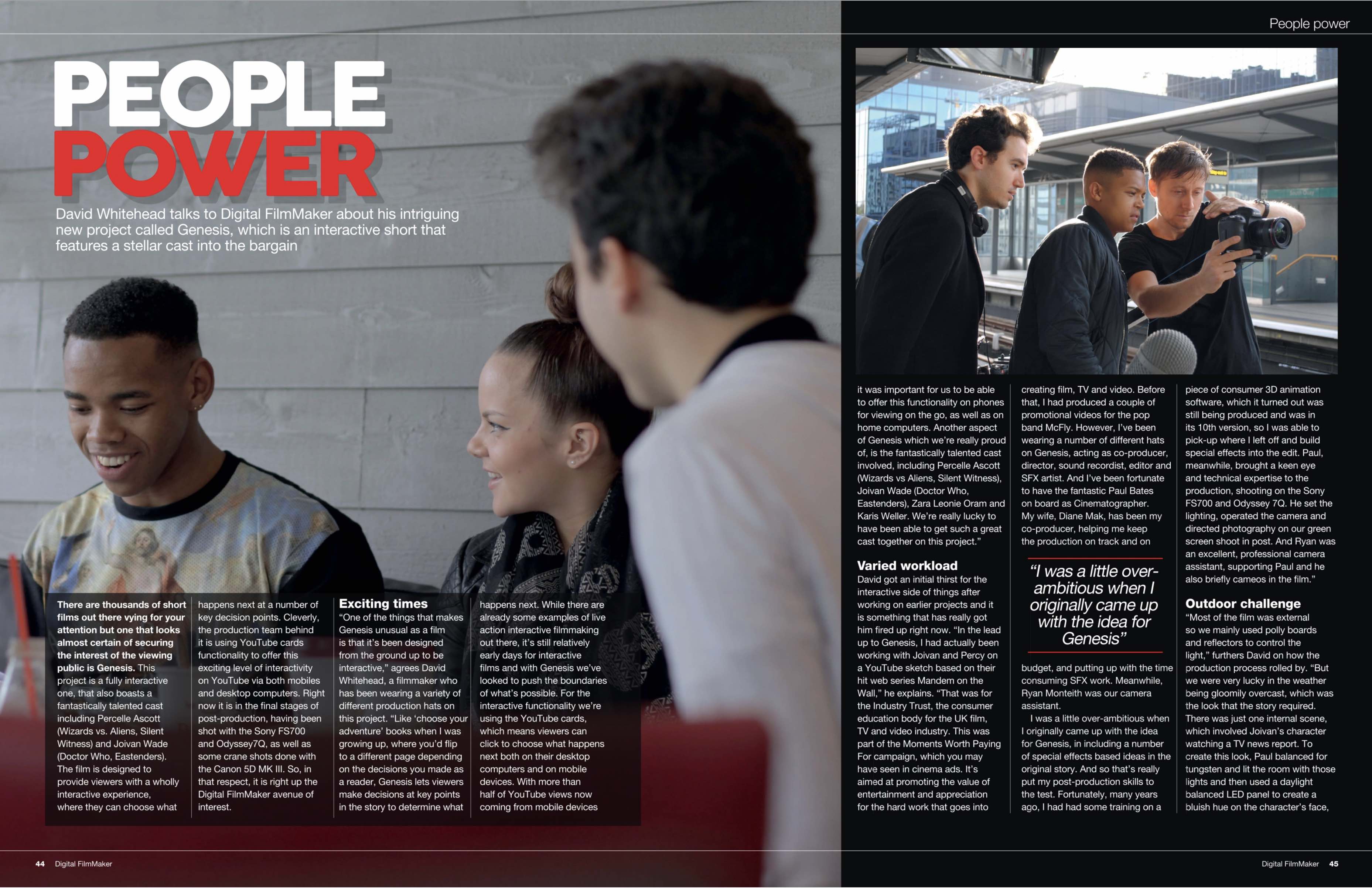 Recently I had the pleasure of working on a short film called Genesis Interactive as the cameraman and videographer.

Working on a short film as a cameraman and videographer

Narrative films are always dream projects. Many videographers who initially start out, start with a passion for creating narrative films. These are the movies you are inspired by growing up. Everyone has favourite films that just make you feel alive. These are the films that you end up drawing influence from, even when you’re not filming a narrative project. When a project comes up that is narrative based, you really have an opportunity to then express that love of film yourself though visuals.

A monster of a film

This particular film project was cgi heavy and involved monsters being added in post. Because of this the project was split between two days filming outside on location in London and a day in the green screen studio also in London. It’s taken a while but the director has now wrapped up the film, cgi and all. After finalising the film comes promoting it.

Promoting a film is so essential to making it a success. You could have made the best film in the world but without good promotion it won’t be seen. As a result, the director tried his best to get this film out there. As well as promoting the film through the actors in it – he had a couple fo big names involved. He also promoted through publications. One of those publications was digital filmmaker magazine.

I’ve actually been feature in the magazine a couple of times before for previous documentary video projects. It was a great honour to have another project I’ve worked on featured in this months issue!

In conclusion, the magazine is available from WHsmiths and select Sainsburys stores across the UK.