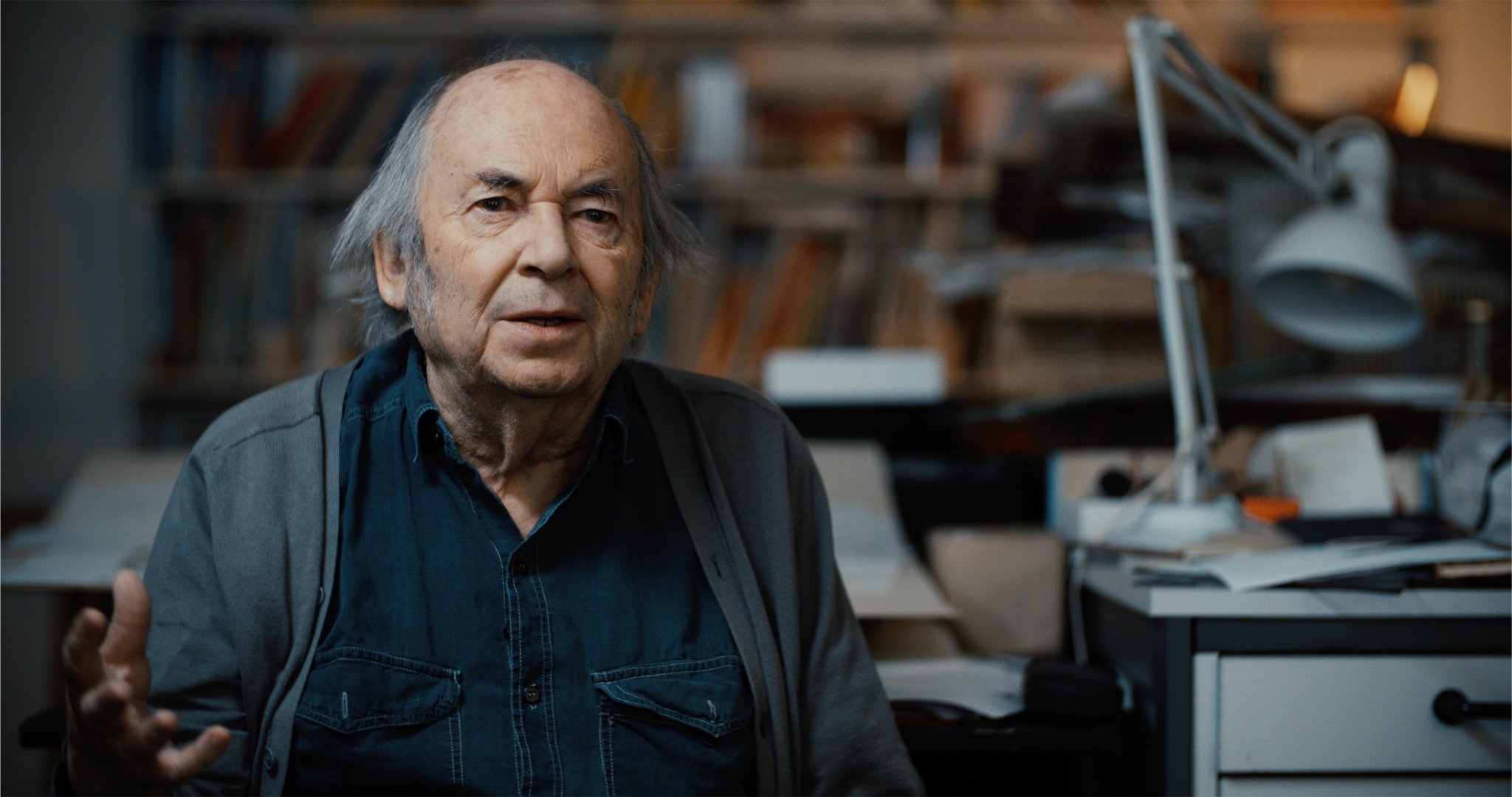 Today I finally found some time to update the blog after an incredibly busy few weeks. Last week I had the privilege of filming an interview video piece with illustrator and author Quentin Blake at his house and studio over in West London.

Quentin Blake is the man behind the incredible illustrations on many of Roald Dahl’s novels. However, he is an incredible author in his own right with classics such as Angela Sprockets Pockets and ABC. This was an absolute honour for me to meet Quentin and to film an interview with him.

This interview is part of a feature length documentary I’m doing the principal cinematography on. The film is all about a charity called the Book Bus that takes books to children in poor areas of Africa and South America. This simply an incredible initiative. The bus is decorated with wonderful illustrations designed and created by Quentin Blake. A colourful masterpiece adored by the children who see it!

We first setup for the interview. Quentin’s studio was a great location to film in. We managed to block the light from the window so we could light from scratch. We added some shape to the lighting but also picked out parts of the studio that reflected Quentin. Next we wanted to pickup some great b-roll video material. Of course we asked Quentin to draw some of his amazing illustrations. He didn’t disappoint! As a result we managed to capture some very detailed shots of him working.

In conclusion, this interview was particularly amazing to film as Quentin’s illustrations were a huge influence during my childhood. All the crew had bought along books for Quentin to sign. I actually took along a special edition print. My wife and I happen to be naming our son Quentin and were influenced by his name. As a result, Quentin did a special note to our son! The film is still in production and we will be filming the remainder of the project in the coming months.