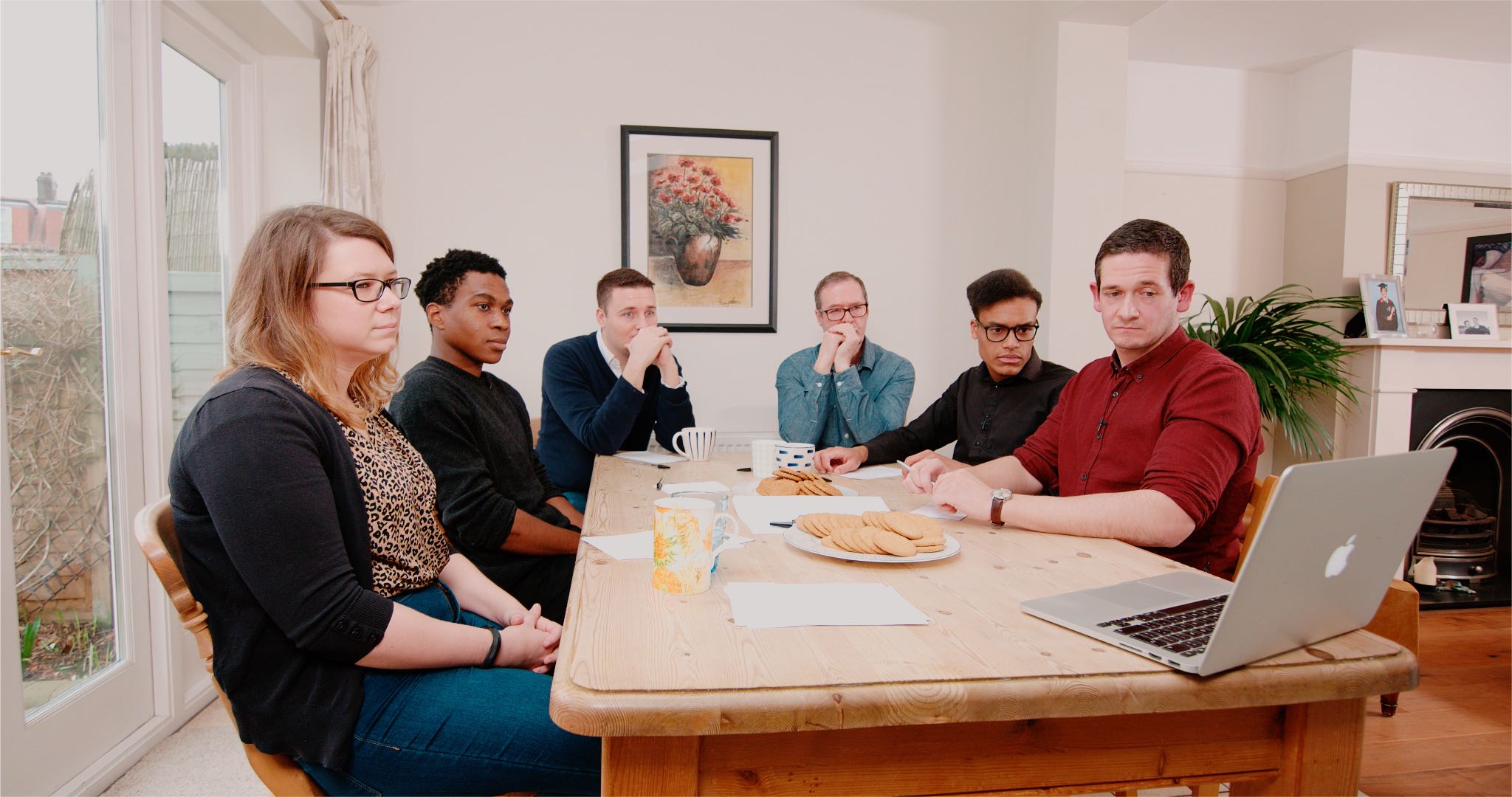 Over the weekend I took a trip over to North East London to film a round table discussion video for Labour.  It was nice to work on a project with such interesting content.  The conversations were between a local MP and local residents talking about solutions to some of the problems we face in society today.  It was an incredibly inspiring and positive experience and will certainly make for a great video.  In terms of the technical side of things, this was a little more complex than a usual setup as we had 6 people to film and capture audio for.  We ran 6 radio mic feeds at the same time to a live mixer where each sound feed was individually recorded.  When it came to the filming, it was all about positioning people in the right way to make the setup work for a wider shot that included everyone as well as a tighter shot.  With the tighter shot we ran the camera on the Easyrig for flexibility and also because the discussion totalled almost 3 hours.  We were even able to setup a few lights to give the video a polished look.  This is the first in a series I will be filming with other discussions happening across the country.