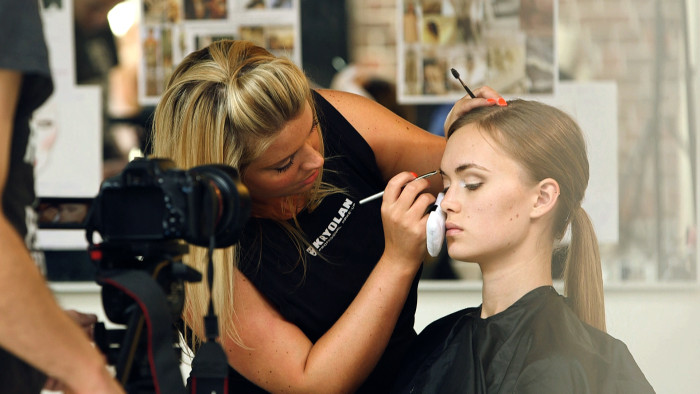 The past couple of weeks have been filled with pre-production and meetings for a handful of larger projects I have coming up later this year. Yesterday however I was back on set shooting a series of twenty second advert spots for Kryolan’s 2014 trend looks. Although I can’t post any stills from the actual sets because they won’t be seen publicly until next year, below is a quick shot from the behind the scenes film that was also shot yesterday.