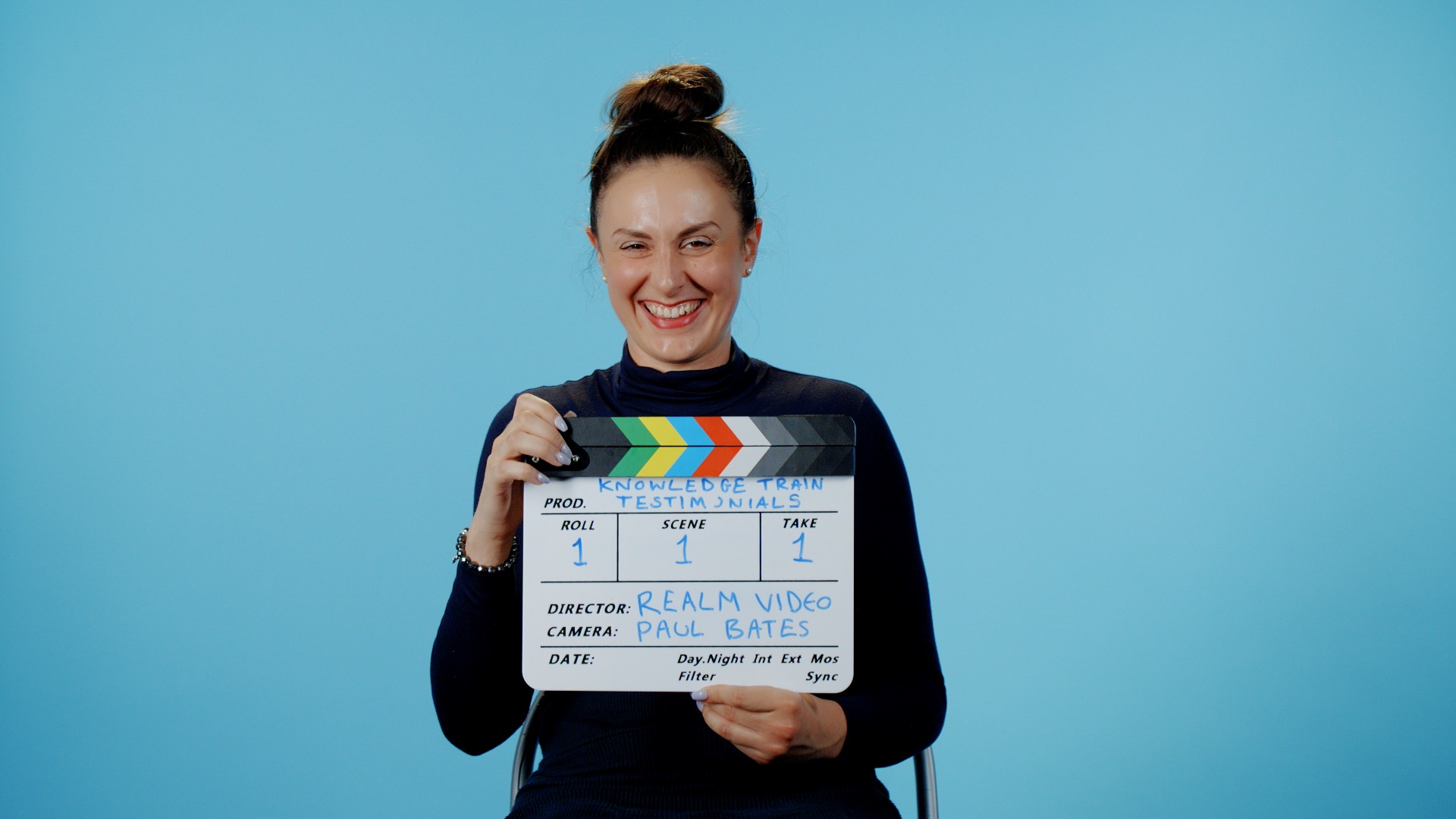 Earlier in the year I created a brand film for training provider Knowledge Train. I’ve just spend another day with them at their London offices creating a new testimonial film for them.

Testimonial film can be really powerful. They are a great way of reaching out to potential clients. However they do have to be done right! We’ve filmed tons of testimonial style videos over the years. These range from standard testimonial films in someones house to full studio based shoots.

This testimonial film was going to be different. In addition to the interviews we would film, we would also add in some amazing animations. These dynamic little animations would help bring the videos to life and keep the audience engaged.

The setup for this was actually at the clients office. Of course a studio is a lovely option but in this day and age you can create a pop up studio in most places. We had a nice large room to play with and swiftly got the backdrop supports up. I had pre-ordered several coloramas. However, these weren’t just any coloramas. These were matched to the brand colours. In addition this really gave a cohesive feel between the video and the brand.

We rigged up two cameras, one medium and one tight. This offered coverage. However, we didn’t just do the usual standard framing. I left more head room and used unconventional methods to give us room for animations. I even got some lines delivered down the lens! The interviews were conducted with a handful of students who had completed courses with Knowledge Train.

The videos went straight into post. I had already came up with the concepts for the animations themselves so everything came together very quickly.

In conclusion, we ended up with a fantastic testimonial film that really showcased the clients business in a great way. The video is now live and can be view over on the portfolio page.