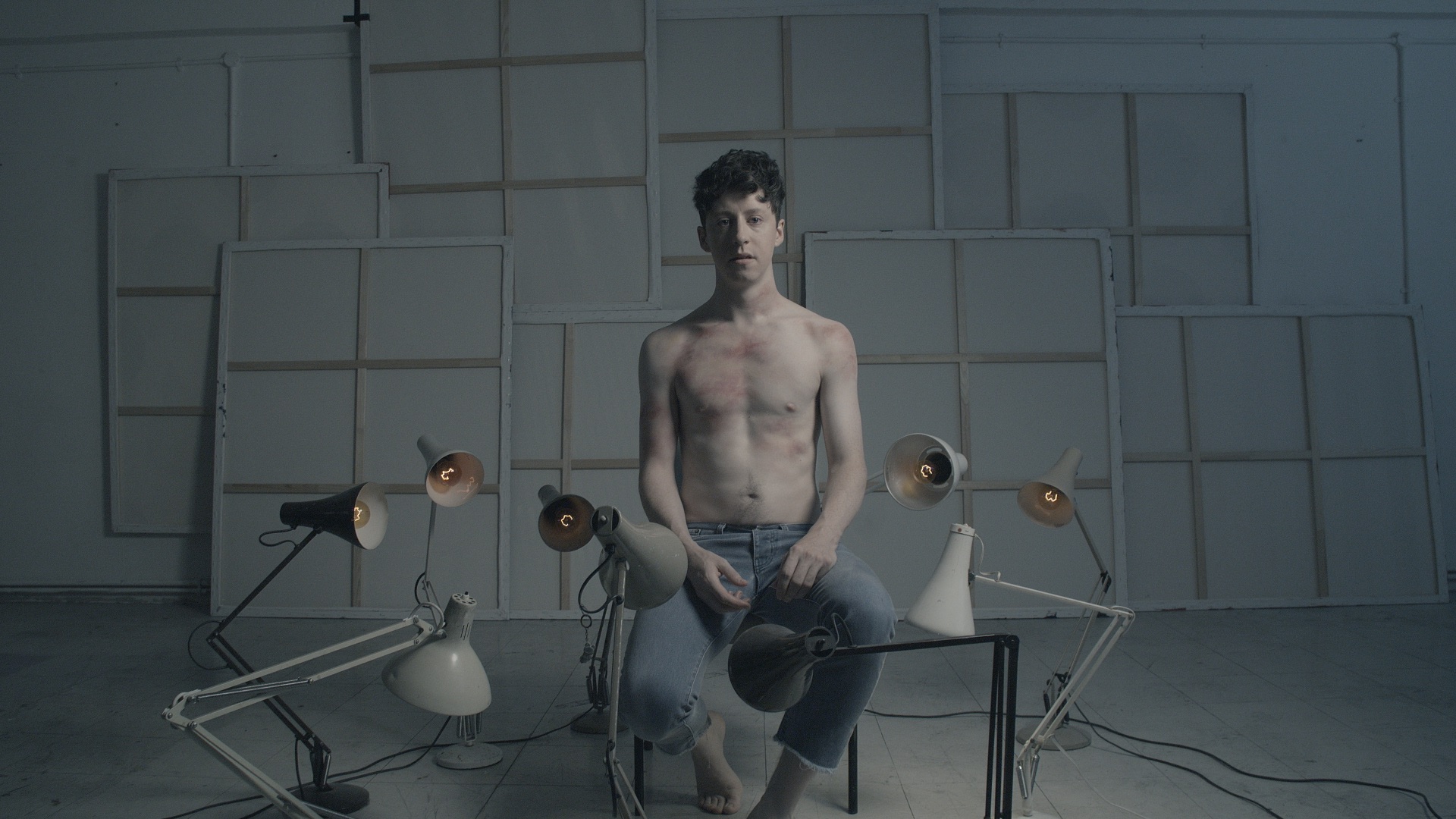 It’s been a super busy week of filming and working on new projects which rolled over into this weekend to work on a new music video for musician Jordan Hunt.

Most of my work is a mix of branded corporate videos with charity and positive social change projects. However, occasionally I get asked to film a music video. The great thing about music videos is that they can be very experimental. All the things you learn whilst filming the corporate jobs, you get to try out on a much bigger scale. As a result, you can play with colours and textures way more. As a result I was very excited to be working on this music video project.

We filmed this music video at a fantastic converted warehouse space in East London. It had plenty of space to create the look we wanted to. The art department had put together a custom backdrop and we were to film the artist in front of this. I went for a single light head look on the talent. I love that single source look that has a great mix of lights and darks. Secondly I added some light onto the background to give some subtle detail. Lastly I added some light bulbs in a chain which were operated on a dimmer. However, they went up and down throughout the performance.

We had a great crew on this one, consisting of a gaffer and AC to help myself. We also hired in a dolly and track to get a pushing and tracking out movement to the footage. The combination of the lighting and movements made for some great visuals. The feeling we were going for was something quite sad which was a reflection of the song.

In conclusion, we managed to crate some great visuals for this music video which really reflected the essence of the music. The video is due out in September.