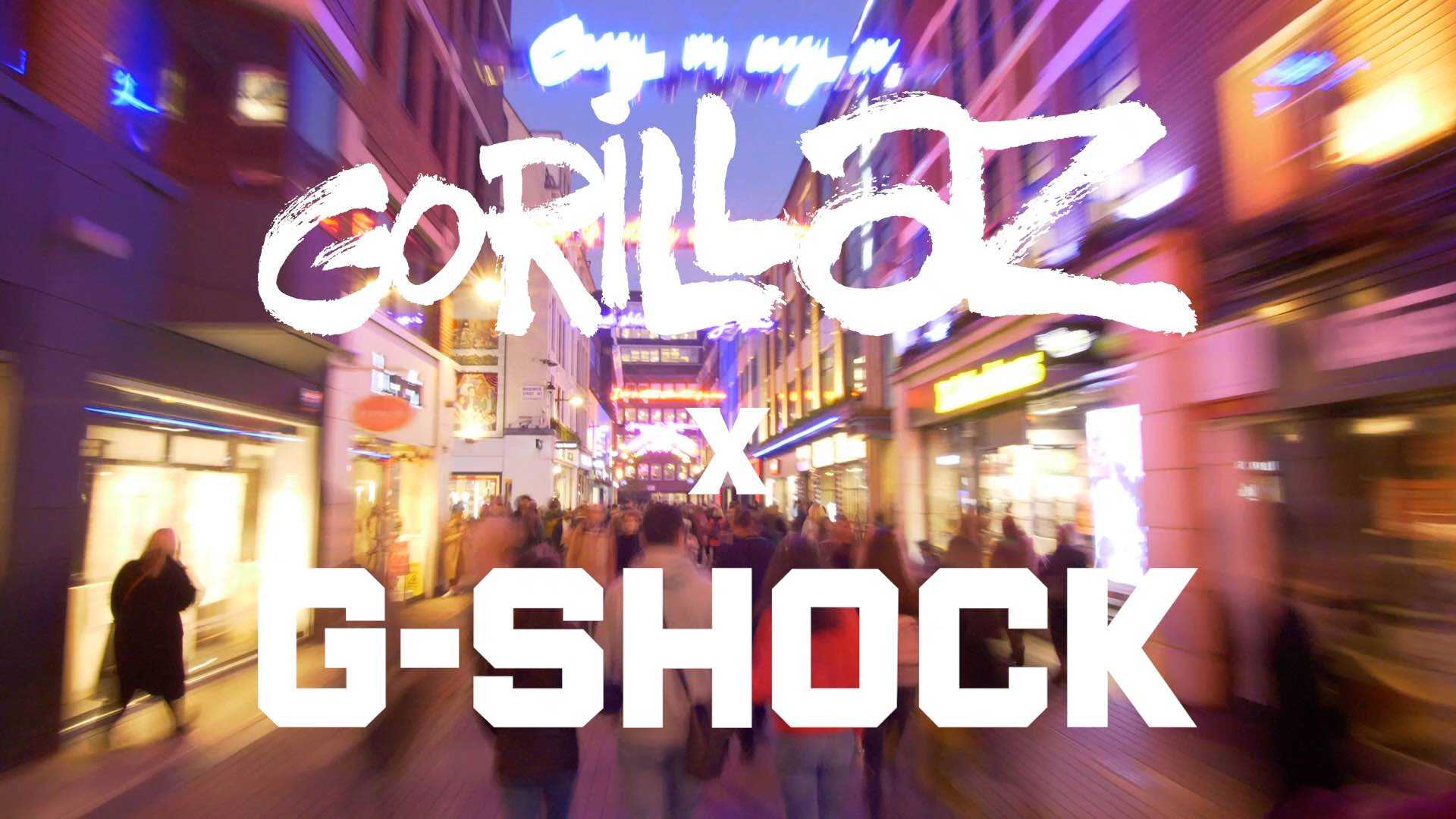 Earlier in the month I took a trip over the G-shock shop on Carnaby Street in central London to shoot a video for their collaboration with The Gorrilaz.  This was a same day video edit so the pressure was on!

Growing up in the 90’s and early 00’s one of the most iconic groups there was, was the Gorillaz. I remember not only being captivated by their amazing music by also by their amazing videos. The fact that they were animated characters made it something very special and unique. Move forward a decade and I find myself working on a collaboration! A collaboration between the Gorilaz and G-shock in the form of a same day event video.

This event was certainly special. The Gorrilaz had designed a series of G-shock watches, with one watch for each of the Gorrilaz members. They watches were incredible to say the least. The audience were a select group of people invited to check out the watches and review them. I was head of the video team working with Flux Broadcast who were handling all the video elements for the event.

We had a large setup for this one with several cameras. However we also rigged 4 Gopros before the event started to get some unique views from the DJ both and of the dance floor. I was roaming with the camera to capture some pickup shots. I opted to film at F1.4 in what was a dark room withs elect coloured lighting. As a result, I managed to create a beautiful out of focus look with lovely colours and shapes in the background.

The film was a same day video edit. As a result the footage went straight to the editor to turnaround a fun and dynamic edit that captured the event! Keep your eyes peeled if you would like to check out how the evening unravelled.