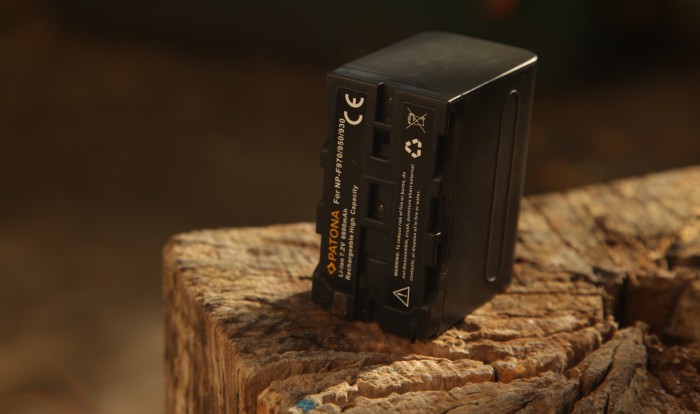 I spent a few hours last week trawling the internet for a decent long life unbranded video battery for my Sony FS700.

So you buy a new camera and you know you will need to buy some accessories. Memory cards and batteries are the usual suspects and must haves for a new camera. I always swear by official camera batteries and as a result I did buy a couple of larger official Sony batteries. However, its always useful to have some extra batteries in the camera bag. This is where an unofficial battery could be useful.

The official Sony batteries ring up at £130 a piece so I wanted to see if I could save a few pennies and grab a alternative. Lets be clear, I would never solely relying on unofficial batteries. However as a backup its worth having!

I was at the point of almost giving up, credit card in hand and ready to fork out another £130 for an Official Sony one. At that point I stumbled across a small German electronics store on ebay. This store had an unbranded version with decent reviews for the grand total of £30. For £30 you cant go wrong so I gave this a try!

The verdict for an unbranded video battery

I’ve now used the battery on a couple of all day shoots and didn’t even have to change the battery pack. I really want to put this battery through its paces so used it as my main battery. I was not disappointed! A very good purchase indeed. I’m a huge advocate of using official battery’s but unbranded ones have their place. It saved me a few pennies as a backup solution. In the past I have used unbranded batteries in DSLR’s for the past few years with no problems. You can check out the ebay store here if you’re in the market for a new battery for your Sony FS700.