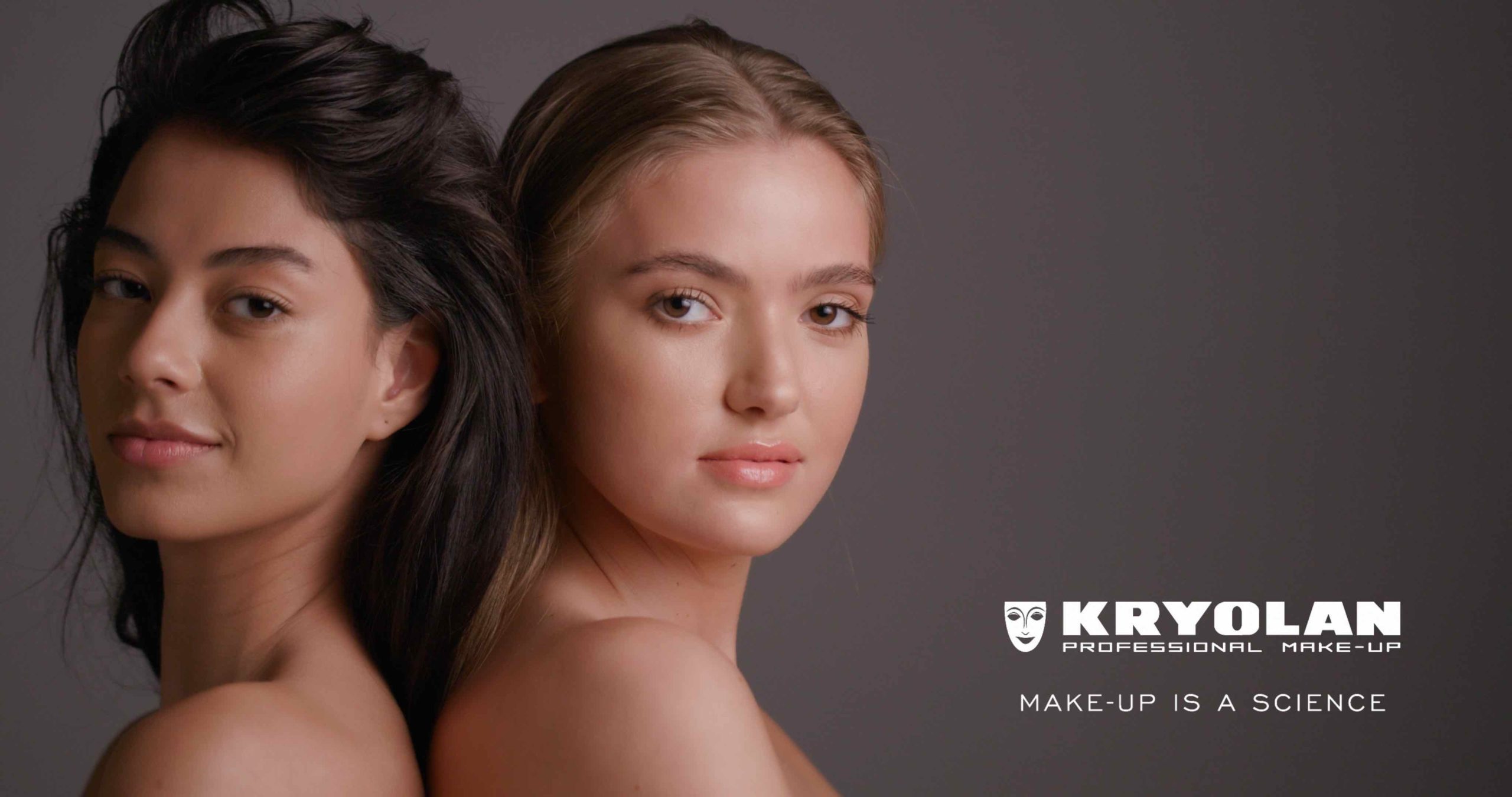 The brief for this promotional video

We were recently commissioned to film a new promotional video for make-up brand Kryolan. This film was to promote their new line of make-up called Digital Complexion. The brief was quite flexible and the client really trusted us with the visual direction for this one. We’ve been working with Kryolan for over ten years now and as a result know the brand very well. As a result we were really able to understand exactly what they were looking for.

Video is all in the lighting

As with anything beauty or make-up based its all in the lighting. How the models look is everything. The name of the game is to get the lighting soft and radiant but good lighting goes beyond this. I actually opted for tungsten based lighting heads for this one using a single source 5k. As a result this created less shine on darker skin tones and a softer image. We added some light fill using polly boards. As a result we had created a nice radiant image and were ready to film.

The location for the video

Our client opted to film this new promotional video series over in East London. This was a great little studio situated right in the centre of Hoxton in East London. The studio wasn’t completely blacked out. As a result we did have to spend some time blacking everything out. Having a completely dark room is always the best starting point to light. As a result we could easily achieve the look we needed.

The end result of the promotional video

The end result was three films that showcases the product on the models in a natural way. The client was very happy as a result of our hard work. The first of three videos is now live. However there are two more being released in the coming few days. You can see a few frames from the videos below!