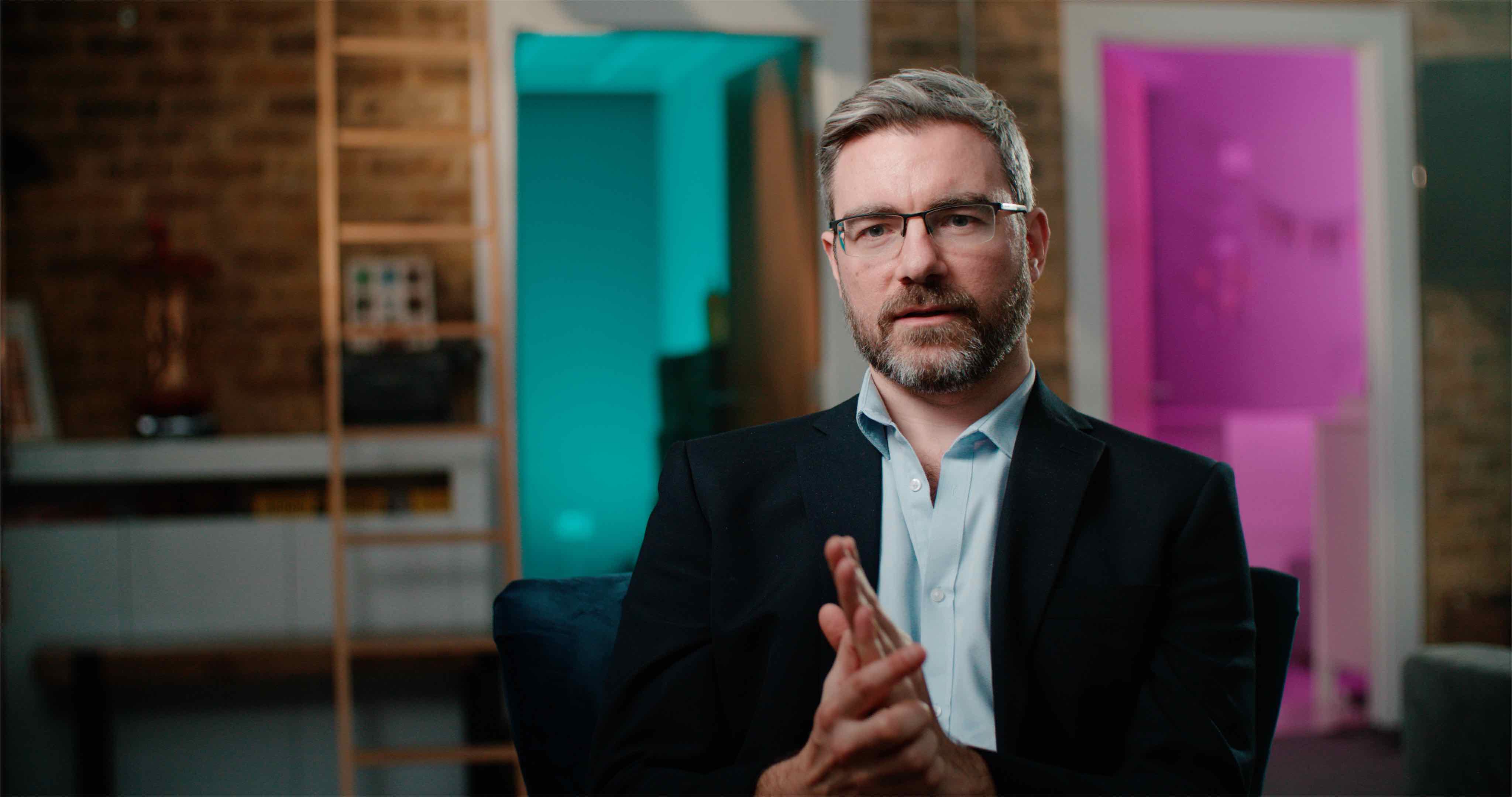 Last week we were in London filming a new video promo in the form of a computer game video.

Being a videographer and filmmaker really enables you to experience a big variety of what life offers. However I’m not just talking about travelling to different places around the world but also experiencing niches. As a result you get to learn about all kinds of people and their passions in life. Our latest video project took us into the world of computer gaming to film some interviews!

Growing up in the late 90’s I was bought up on Sonic the Hedgehog and Super Mario. Above all else these were the most iconic computer game characters of the time and the games were simply fantastic. Move forward to 2020 and computer have changed hugely! Now we find ourselves working on a video for a sci-fi fantasy game.

The game is a sci-fi fantasy, so playing on this theme we went for some neon colour in the shot. As a result this bought out the sci-fi fantasy aspect of the game out in the video. It was certainly nice to do something slightly different with the lighting on this one! I ended up using a couple of bright LED panels set to different colours to achieve this look. Next I had to light the talent. Opting to keep the colour neutral on this, I went for a traditional soft radiant light that wrapped around the face. The look was complete.

In conclusion, we crafted a fitting look within the video for the topic being talked about. The videos will be released slowly over the next year as promotional video material. Now we’re back to a busy post production schedule. We’ve been handling two very large projects that have kept us very busy and we’ve produced over 50 videos in the past two months! More content to follow in the coming weeks followed by some well earned down time over Christmas!