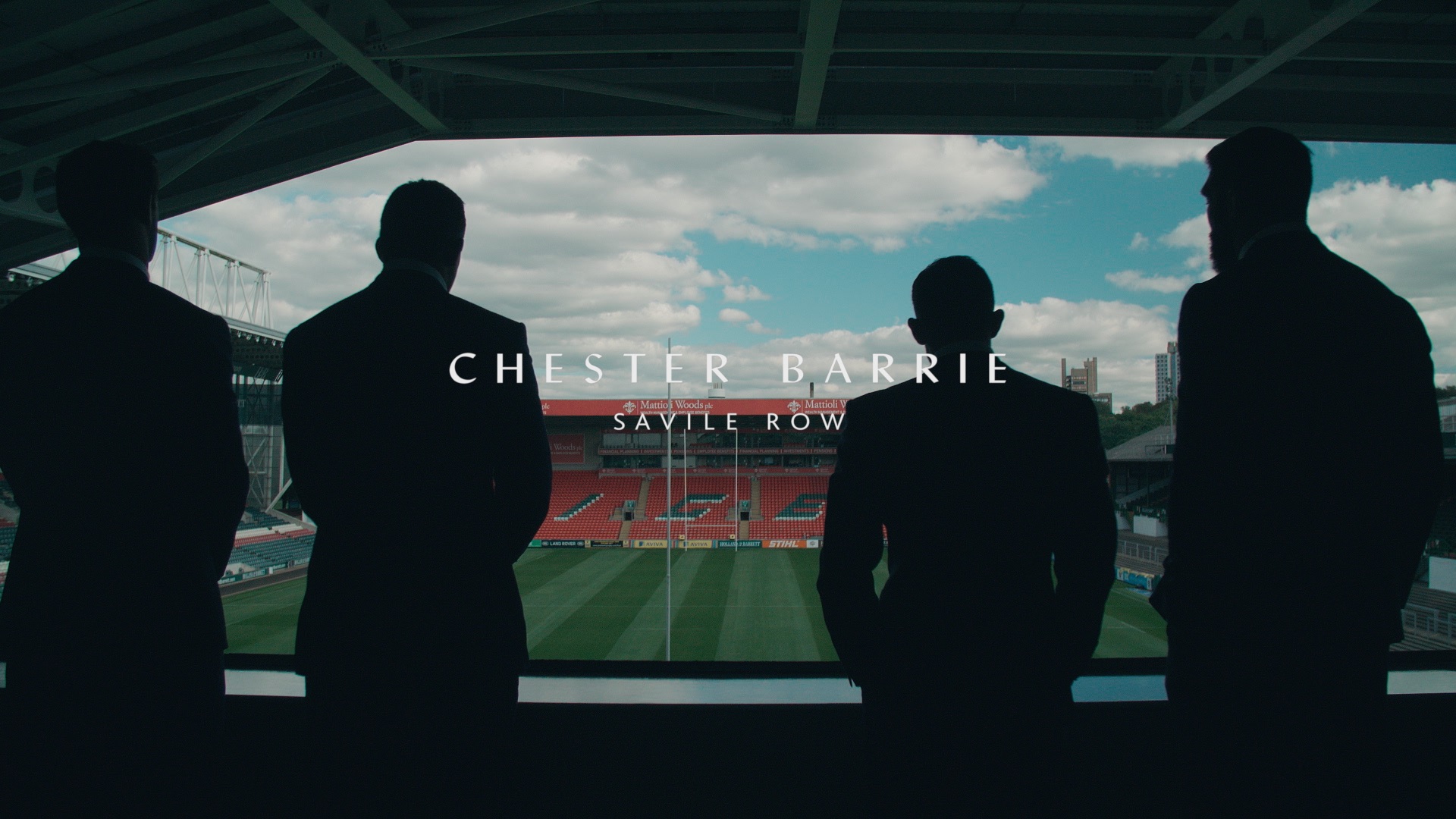 A couple of weeks back I shot a campaign film for Savile Row mens wear brand Chester Barrie. I’ve just spent another day shooting a new video for them. This time I took a trip out of London to Leicester to shoot a promo film with English rugby union club Leicester Tigers. Chester Barrie sponsor the team and we created a film showcasing a fitting session. We filmed at the teams stadium which was a great location to have free reign over to create one great imagery. The film will be released in a few weeks time.