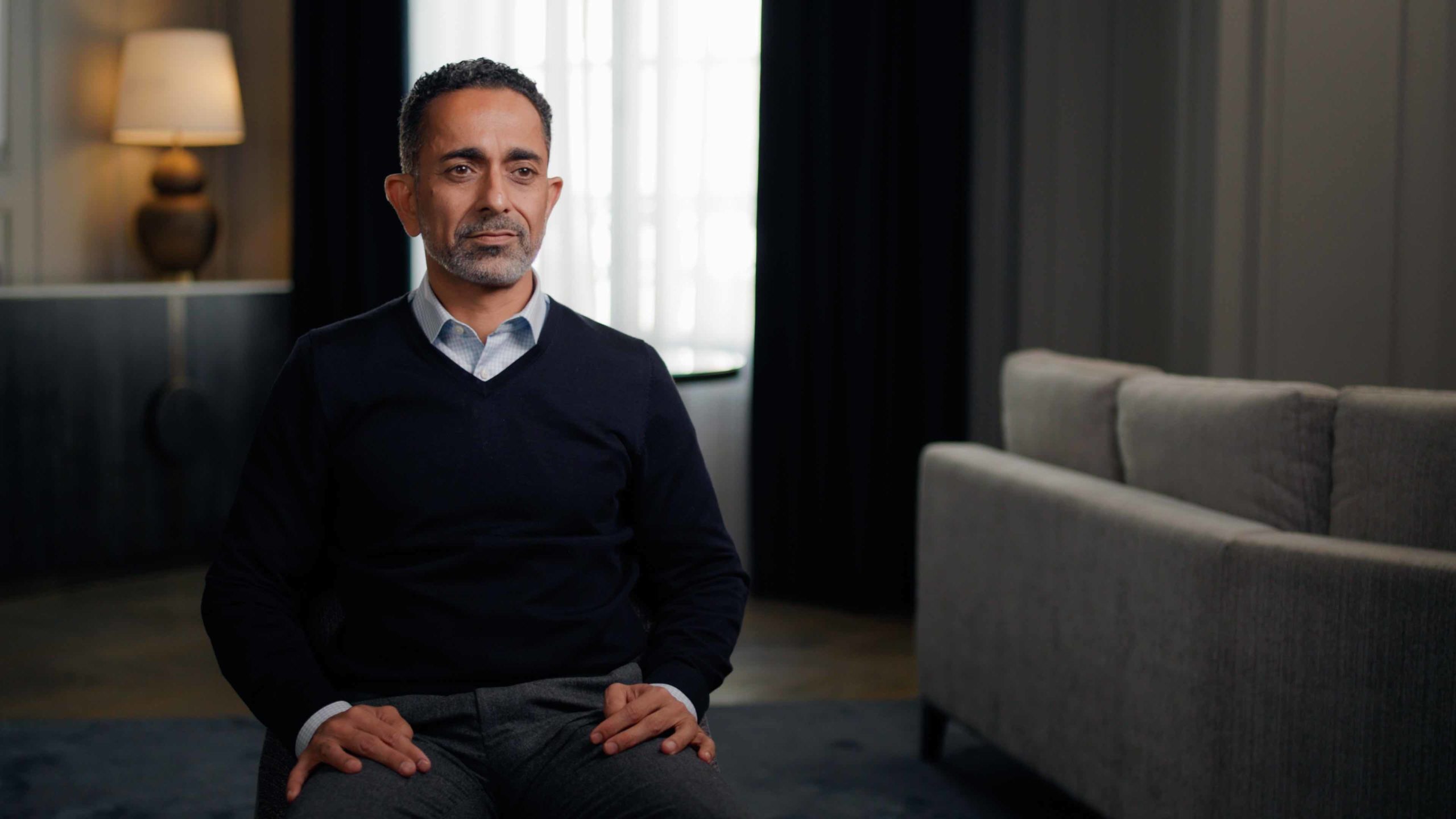 As a videographer you often get to visit many interesting places.  Last week was a prime example of exactly this as we filmed a new video interview  in central London

A fantastic location for a video interview

A visually good location can do wonders for how a film looks.  Last week we were over at a very posh hotel in Trafalgar Square filming an interview video.  Interviews can very easily look mediocre but as soon as you have a space with some depth and control of the light you can create something special.  This particular room was incredibly large and we also had full control over the daylight coming into the space.  The brief was to film a series of interviews with a corporate client who had flown in from the USA.

When it comes to interviews, even corporate ones, I like to add some shape, in a very subtle way.  To achieve this kind of look I was get the key slightly brighter than the fill light.  Then adding in a kicker, we have a lighting look with some shape.  For me, this gives a professional feels that doesn’t feel too unnatural.  When it came to the cameras on this video shoot, We had a two camera setup.  Camera 1 was the Canon C300MKiii and camera 2 was the Canon R5.  I say it again and again, but the autofocus on these cameras just makes everything so easy, especially filming at F1.4.  As a result we get that glorious depth of field in the video.

The result of this setup was a polished but natural looking series of videos.  One quirky thing with this setup was that we filmed the majority of videos in C-log2 as we usually do.  However the client requested one video to go out on social that afternoon.  As a result we switched the cameras into 709 colour space and viola, that video was ready for upload after a quick top and tail.