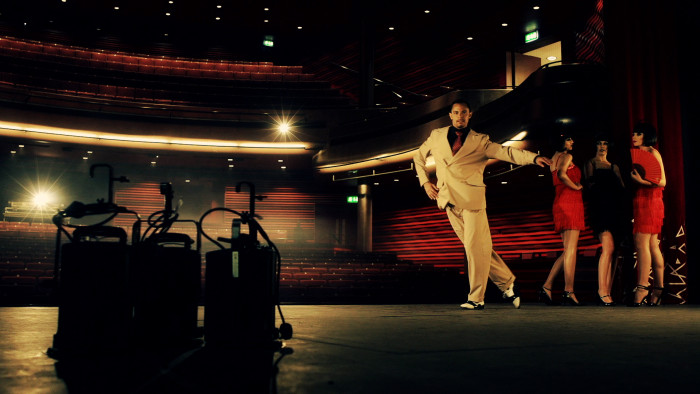 A couple of weeks back I shot a promotional film for Cast, a brand new theatre that’s opening in Doncaster later this year. Due to the secrecy of the project I have only been able to post a blog update about it now as the film was officially released yesterday. The project presented me with one of the most challenging lighting setups I have ever done. Lots of large rooms and lots of faces to light in the same scene. I was actually provided with two gaffers for the two days we shot the project which really helped me out as I could direct where I wanted the lighting without having to climb up a ladder or get on the cherry picker myself and rig everything. In terms of style I really wanted very strong imagery so lots of backlight with the heads in shot and a lot of smoke to thicken the air. We shot six main scenes in total and I lit everything using using a three piece 150 Watt dedo kit, 2 x 600 Watt softboxes and 4 x 800 Watt hard lights. It was a pleasure working with such a talented crew and cast.