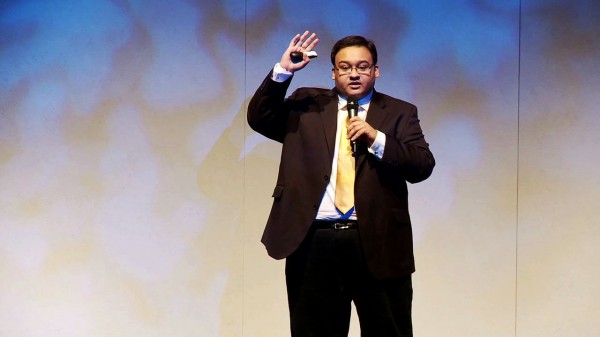 We recently finished up some event video coverage that we filmed at the Business 2012 event at the London o2 Arena.

Business 2012 is the UK’s biggest business show. This was a great privilege for us to be bought in to capture the talks going on, on the stage. We love filming events and often get asked to create highlights. These are often used as promotional videos for the next years event. This helps bring more people in to next years event. This project was slightly different in that we were simply capturing the talks on the stage.

What cameras for event video coverage?

When it comes to choosing the right cameras for event video coverage you have to consider many things. First up is the size of the room. In this instance the room was huge. This is the O2 arena after all! As a result we opted for a camera that had a very long lens. This enabled us to get nice and close up to the person speaking but meant we could be located at the back of the room.

Hd or 4k? Well for this, HD would have been fine but the extra resolution from the 4k would be handy. Although the delivery was HD, filming in 4k gave us an option to crop in post. Something well worth having. We also setup a couple of static cameras that were wider to get some different angles.

In conclusion, we ended up capturing the talks in a way that did them justice. In addition, we also kept the videos engaging by filming from various angles. Combine that with the ability to crop in the 4k imagery in post and we had loads of options! The client was very happy with the end result. I hope we will be back at the O2 arena soon for some more filming!