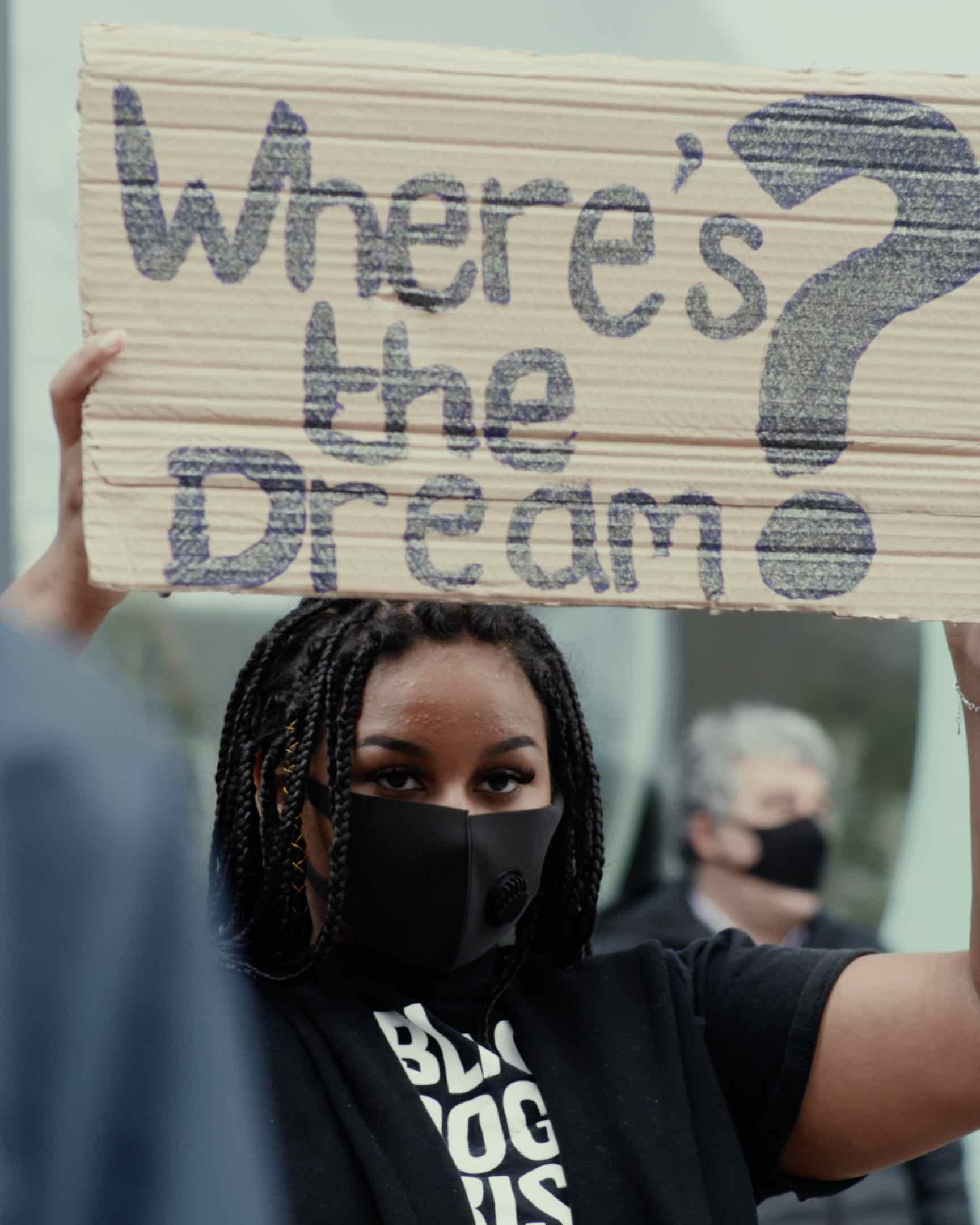 With a large amount of Black Lives Matter protests going on around the world, we wanted to offer our filming and video skills.

Using our filming and video skills

The best films that are made are those that are made with passion. When you believe in a project it’s always going to have something extra in it that elevates it to something special. We believe in creating films that drive positive social change. There were many Black Lives Matter protests that took place after the unlawful killing of George Floyd. I knew I wanted to use my skills to do something positive. With this in mind I took a trip down to the Black Lives Matter protests in Southend-on-sea. Southend is a short train ride for London.

Filming in a large crowd

Filming a protest in a large crowd isn’t as easy as the usual corporate stuff we film. That being said, I have experience filming in way more difficult difficult situations such as the riots in Greece in a refugee camp. That was a hostile environment with rubber bullets being shot and tear gas being fired. The Black Lives Matter protests were a peaceful gathering but with a large crowd. I knew I would need to be nimble and work quickly so I opted for my Panasonic S1H filming in 4k 50fps slow motion. The size of the camera enabled me to move quickly between the crowds. The image stabilisation on this camera is the best I’ve ever used and enabled me to shoot at F1.4 on a prime lens. This style of filming helped shape the powerful imagery I wanted to go for.

In conclusion, this is something we really believe and wanted to help raise awareness. As a result we managed to capture some very moving video images over the course of two days. We have edited into two short films which can be viewed over on our portfolio page.